The development process of my country's hydraulic (including hydraulic, the same below), pneumatic and sealing parts industry can be roughly divided into three stages, namely: the initial stage from the early 1950s to the early 1960s; the specialized production from the 1960s to the 1970s System growth stage; the 1980s and 1990s was the stage of rapid development. Among them, the hydraulic industry started from the machine tool industry in the early 1950s to produce hydraulic transmissions such as grinding machines, broaching machines, and copying lathes.

After entering the 1960s, the application of hydraulic technology was gradually extended from machine tools to agricultural machinery and construction machinery. In the late 1960s and early 1970s, with the development of production mechanization, especially driven by the provision of efficient and automated equipment for the second automobile manufacturing plant, the hydraulic component manufacturing industry developed rapidly, and a number of small and medium-sized enterprises It has also become a professional manufacturer of hydraulic parts.

In 1968, the annual output of hydraulic components in China was close to 200,000 pieces; in 1973, in the machine tool, agricultural machinery, construction machinery and other industries, there were more than 100 professional factories producing hydraulic components, with an annual output of more than 1 million pieces, an independent hydraulic component. Manufacturing industry has taken shape. At this time, the hydraulic parts products have developed from imitation products to products combining imported technology and self-designed products, the pressure has developed to medium and high pressure, and electro-hydraulic servo valves and systems have been developed, and the hydraulic application field has been further expanded. The pneumatic industry started a few years later than the hydraulic industry. 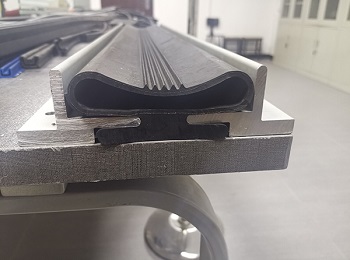 In 1967, a professional pneumatic component factory was established, and pneumatic components were produced and sold as commodities. The seal industry including rubber-plastic seals, mechanical seals and flexible graphite seals started from the production of ordinary O-rings, oil seals and other extruded rubber-plastic seals and asbestos seals in the early 1950s, and began to develop and produce mechanical seals and asbestos seals in the early 1960s. Flexible graphite seals and other products. In the 1970s, a number of professional production plants were successively established within the systems of the former Ministry of Combustion and Chemical Industry, the Ministry of First Machinery, and the Ministry of Agricultural Machinery, and formally formed the industry, laying the foundation for the development and growth of the seal industry.

In the 1980s, under the guidance of the national policy of reform and opening up, with the development of the machinery industry, the contradiction that the basic parts lagged behind the main engine became increasingly prominent, and attracted the attention of all relevant departments. To this end, the former Ministry of Machinery established the General Basic Parts Industry Bureau in 1982, and unified the original hydraulic, pneumatic and sealing parts specialized factories scattered in machine tools, agricultural machinery, construction machinery and other industries under the General Basic Parts Bureau. management, so that the industry can be guided and supported by the Bureau of Basic Parts in planning, investment, technology introduction and scientific research and development. Since then, it has entered a period of rapid development, and has introduced more than 60 foreign advanced technologies, including more than 40 hydraulic items and 7 pneumatic items.

In recent years, under the guidance of the country's policy of common development of various ownerships, small and medium-sized enterprises of different ownerships have risen rapidly, showing vigor. With the further opening of the country, the rapid development of foreign-funded enterprises plays an important role in improving the level of the industry and expanding exports. At present, my country has established joint ventures with well-known manufacturers in the United States, Japan, Germany and other countries or wholly owned by foreign manufacturers to establish plunger pumps/motors, planetary reducers, steering gears, hydraulic control valves, hydraulic systems, hydrostatic transmissions, hydraulic parts casting, There are more than 50 manufacturers of pneumatic control valves, air cylinders, air source treatment triples, mechanical seals, rubber and plastic seals and other products, and more than 200 million US dollars of foreign investment has been introduced.

After more than 40 years of hard work, my country's hydraulic, pneumatic and sealing parts industry has formed an industrial system with relatively complete categories, certain production capacity and technical level. According to the statistics of the third national industrial census in 1995, the state-owned, village-run, private, cooperative, individual, "three-capital" and other enterprises with annual sales revenue of more than 1 million yuan in my country's hydraulic, pneumatic and seal industries There are more than 1,300 companies, including about 700 hydraulic companies and more than 300 pneumatic and sealing parts. According to the international industry statistics in 1996, the total output value of my country's hydraulic industry was 2.348 billion yuan, ranking 6th in the world; the total output value of the pneumatic industry was 419 million yuan, ranking 10th in the world.

Through technology introduction, independent development and technological transformation, the technical level of the first batch of products such as high-pressure plunger pumps, gear pumps, vane pumps, general hydraulic valves, oil cylinders, oil-free lubricated pneumatic parts and various seals has been significantly improved. And stable mass production provides a guarantee for various types of hosts to improve the product level. In addition, certain achievements have been made in CAD, pollution control, proportional servo technology, etc. of hydraulic and pneumatic components and systems, which have been used in production. At present, there are about 3,000 varieties of hydraulic, pneumatic and seal products and more than 23,000 specifications.

Although my country's hydraulic, pneumatic and sealing industries have made great progress, there are still many gaps compared with the development needs of main engines and the world's advanced level, mainly reflected in product variety, performance and reliability. Taking hydraulic products as an example, the product variety is only 1/3 of that in foreign countries, and the service life is 1/2 of that in foreign countries.

(1) The product development capability of the enterprise is not strong, and the level and speed of technology development cannot fully meet the matching and maintenance needs of advanced host products, major technical equipment and imported equipment;

(2) The manufacturing process, equipment level and management level of many enterprises are relatively backward, and the quality awareness is not strong, resulting in low product performance level, unstable quality, poor reliability, untimely service, and lack of customer satisfaction and trust. famous brand products;

(3) The level of production specialization in the industry is low, the power is scattered, the low-level duplication is serious, the products between regions and enterprises are convergent, blind competition, and mutual price reduction, which reduces the efficiency of enterprises, lack of funds, and difficulty in turnover, and investment in product development and technological transformation. Insufficient, seriously restricting the improvement of the overall level of the industry and the enhancement of competitiveness;

(4) The degree of internationalization of the domestic market is increasing day by day, foreign companies have entered the Chinese market to participate in competition, and the rise of domestic private, cooperative, individual, and foreign-funded enterprises has caused more and more impact on state-owned enterprises.

With the continuous deepening of the socialist market economy, the market supply and demand relationship of hydraulic, pneumatic and sealing products has undergone great changes. The seller's market characterized by "shortage" for a long time has basically become a buyer's market characterized by "structural excess". replaced. In terms of overall capacity, it is already in a situation of oversupply, especially for general low-grade hydraulic, pneumatic and sealing parts, which are generally oversupplied; and the high-tech high-parameter, high-value-added high-end products urgently needed by the main engine cannot meet the market. required, can only rely on imports. After my country's accession to the WTO, its impact may be even greater.

Therefore, the growth of the industry output value during the "Tenth Five-Year Plan" period must not depend on the growth of quantity, but should focus on the structural contradictions of the industry itself, increase efforts to adjust the industrial structure and product structure, that is, it should rely on the improvement of quality to promote Product technology upgrades to adapt to and stimulate market demand for greater development.