You are here: Home / News / Product News / Flight principle and structure of aircraft

Flight principle and structure of aircraft

There are two problems to be solved in aircraft flight: one is to rise; second, advance.

Advance depends on the forward traction generated by the propeller rotation driven by the power of the engine or the forward thrust generated by the jet. The rise is based on Bernoulli's principle, that is, the greater the velocity of fluid (including air flow and water flow), the lower its pressure; The smaller the flow rate, the greater the pressure. Also, the lift has a lot to do with the angle of attack.

1. The main function of the wing is to generate lift to support the aircraft flying in the air and also play a certain role in stability and control. Ailerons and flaps are generally installed on the wings. The aileron can make the aircraft roll, and the wing lift can be increased by lowering the flaps.

2. The main function of the fuselage is to load passengers, passengers, weapons, goods and various equipment, and it can also connect other parts of the aircraft, such as tail wings, wings and engines, into a whole.

4. The landing gear is used to support the aircraft and enable it to take off, land and park on the ground and level. 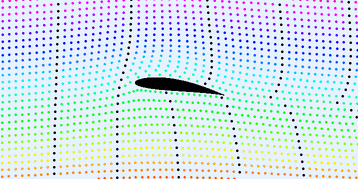 The landing gear of land plane is mostly composed of shock absorption strut and wheel. It is used to support aircraft during takeoff, landing taxiing, ground taxiing and parking.

5. The power unit is mainly used to generate tension or thrust to advance the aircraft. Secondly, it can also provide power for electrical equipment on the aircraft and air supply for air conditioning equipment and other gas equipment.

Air density, temperature and pressure are the three main parameters to determine the air state. In flight, the aerodynamics, size and flight performance of the aircraft are all related to these parameters.

Viscosity and compressibility are two physical properties of air. In flight, one of the reasons why an aircraft suffers from air resistance is that the air is viscous. However, when the aircraft flies near or beyond the speed of sound, there will be sudden increase of resistance, which is related to the compressibility of air.

Airflow: The flowing air is called airflow, such as wind.

Streamline: In a steady airflow, the route of air micro mass flow is called "streamline".

Lifting and lowering of aircraft

From the streamline spectrum of air flowing over the wing, it can be seen that when the relative air flows over the wing, it is divided into upper and lower streams, flowing along the upper surface of the wing respectively, and then converging and flowing backward at the trailing edge of the wing. Due to the influence of the wing surface protrusion, the upper surface streamline is dense, the flow tube is thin, and the air flow velocity is fast and the pressure is small; On the lower surface, the streamline is sparse, the flow tube is thick, the air flow velocity is slow, and the pressure is high. Therefore, there is a difference between the upper and lower pressures. This pressure difference is aerodynamic force (R), and its component in the direction perpendicular to the flow velocity is lift force (Y). The lift keeps the plane in the air.

The point of force of the wing lift, that is, the intersection of the lift line and the chord, is called the pressure center.