You are here: Home / News / Product News / How do airplanes reduce noise?

How do airplanes reduce noise?

When traveling by plane, the noise levels vary greatly at all stages. Pamela Mason of the American Speech-Language-Hearing Association said the noise is loudest during takeoff and landing, with the volume in the cabin reaching 105 decibels; while cruising at high altitudes, the noise drops to around 85 decibels. Long-term exposure to 85 decibels of noise can cause transient hearing problems. Many people experience tinnitus after a long flight, an early symptom of noise damage.

How to suppress noise of airplane?

1. Wind is one of the main sources of noise 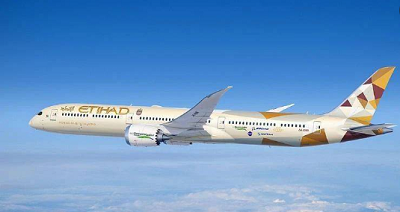 In the design phase of modern aircraft, computerized tools have been used to simulate the aerodynamics of the aircraft, looking for areas of high airflow that may increase cabin noise. Alan Pardoe, Airbus' director of product marketing, said it could help engineers tweak designs. He revealed that it was with the help of this technology that the Airbus A380 double-decker was named the quietest jetliner on the market by the British Noise Cancellation Association.

Adding vibration absorbing materials can dissipate energy from the airframe. If the vibration can be dampened, the noise can be reduced. Sound insulation absorbs airborne sound energy, while sound barriers redirect it away from the cabin. For example, French rubber specialist Smac Aero has developed a sound-insulating material called SmacBarrier that reduces the transmission of sound waves around portholes and in floors and ceilings.

In the case of private jets, more money and less concern for fuel consumption have allowed the installation of additional soundproofing, including more glass in portholes, ceiling trim with sound-absorbing suede, and a redesign of the air-conditioning system. These customized solutions can reduce noise levels to below 50 decibels, much quieter than ordinary commercial airliners.

2. The engine is also an important source of noise

The engine is also a significant source of noise, but the situation is gradually improving. In the past, the engines on the sides of the jet made a lot of noise. But on newer planes, the volume of the engine compartment has increased substantially, and the front fans have also been made larger. This slows down the fan speed, which reduces noise. Airbus has installed next-generation engines with big fans on the A320s, so these planes will be much quieter than the planes we're currently producing.

Another approach is to use V-edges on the engine vents to reduce engine noise at the source, said Mahendra Joshi, Boeing's chief noise, vibration and emissions engineer.

Passengers can wear earplugs or noise-canceling headphones to reduce noise.