You are here: Home / News / Product News / How do planes keep the air fresh?

How do planes keep the air fresh?

According to the World Health Organization, research shows that the risk of spreading infectious diseases on an airplane is no greater than any other mode of transportation. In fact, passengers may breathe better air quality on a plane than on a train or bus because the air on the plane is frequently changed and cleaned. So how do pilot actions and aircraft systems keep the air so clean?

How to purify air of pre air conditioning?

The recirculation loop is located in the space above the passenger cabin (or in the belly, depending on the aircraft type). Here, the fan draws air into the system for cleaning. The recirculation loop contains a series of high-efficiency particulate air filters (HEPA) with 15 on the Boeing 787 Dreamliner.

HEPA filters on airplanes are similar to operating theaters used to clean the air. They are so efficient they trap over 99.999% of the microbes trying to get through them. This includes viruses and bacteria. 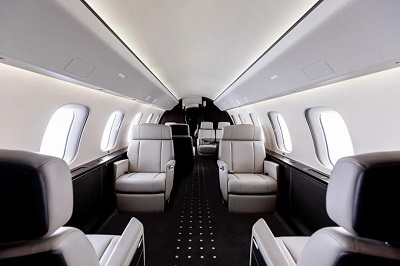 Once the microorganisms are captured by the filter, their survival rate is very low. This is due to the fact that they require relatively high humidity to survive, and humidity is deliberately kept low in the cabin.

Depending on the brand, HEPA filters have a lifespan of between 18 and 24 months. At this point, they were simply taken out of their slots by engineers and replaced with new ones. Even if they are not replaced within a predetermined time, it does not reduce their ability to remove microorganisms from the air. It just means that the air flow through the filter will be reduced.

The airflow created by the recirculation system of Airbus aircraft also helps flush unwanted particles out of the cabin air. Conditioned air from the package enters the top of the cabin and leaves it on the floor. This is intended to prevent longitudinal air flow along the cabin.

Also, the air from the toilets and galleys is separate from the rest of the aircraft. Rather than being recirculated, this often "aromatic" air is extracted and dumped overboard.

On a typical commercial flight, each economy-class passenger will have 15 to 20 cubic feet of air when they fly in economy class, according to the International Air Transport Association. Premium cabin prices will increase due to fewer seats.

In addition to cleaning the air, every two to three minutes, the entire volume of air in the cabin is dumped into the outside air. This flow of air out of the aircraft is as important as the flow into the aircraft.

With all the fresh air coming in, there is no way to escape the plane will fill up like a balloon very quickly and then explode.

The next time you're in queue for a takeoff, look to the rear right of the other planes. You may notice a small hole. This kind of hole - as striking as it may seem - is one of the most important parts of a pressurized system. It is called an outflow valve.

How to purify the air without the engine running?

During boarding and waiting to disembark, the engines are turned off while the plane is sitting on the ground, so no airflow is provided to the cabin. While the plane is not pressurized at these times, the open cabin doors provide some ventilation for the occupants. However, this is far from enough for a large aircraft.

To move the flow of air around the aircraft and through the recirculation system, pilots use an auxiliary power unit - the APU. This is the small engine in the tail of the plane that provides electricity to the plane when the engine is off.

On aircraft that use bleed air for air conditioning, it also provides airflow to the bag.

If the APU is not available, it can be used to provide the aircraft's ground air source. Depending on the airport facility, this is an airport-provided preconditioning air system, or a mobile generator unit is used to pump air into the cabin.

On the 787 Dreamliner, since the battery pack does not use bleed air, the APU provides electricity to run the air conditioning system. The pilot selects two packages to AUTO for ground operations. Since there is no natural flow of air into the cacc, each pack uses a ram fan to draw air into the system for cooling when sufficient power is available.

Using the APU as the power supply usually requires only one CAC to run for each package.