The planes we usually take to the airport, generally speaking, cool the air.

Typical air conditioning systems provide bleed air from two engines or the APU (a separate gas turbine engine that provides power and air when the engines are not running). The bleed air from the engine is drawn from the medium-pressure or high-pressure compressor. Because of the compressor, it is very hot. Before entering the air-conditioning system, it must be pre-cooled by a precooler, and then sent to the air-conditioning system. At this time, the bleed air is still very hot, so there are three cooling devices in the air conditioning system, two of which are heat exchangers and one is a turbo compressor fan refrigeration system. The hot bleed air first enters the first heat exchanger for heat exchange with the ram air coming in from an opening at the muscle belly, and then is divided into two paths, one of which enters the following turbo compressor fan refrigeration system (the principle is complicated, not here. introduced) and another heat exchanger that exchanges heat with the ram air, making very cold air, possibly sub-zero. The other relatively hot air is mixed with the very cold air in the next mixing device, and is adjusted to the appropriate temperature for input into the cabin. The cooling equipment used by other aircraft may be different, but basically the bleed air system provides the air source for the air conditioning system, so they all need to be cooled. 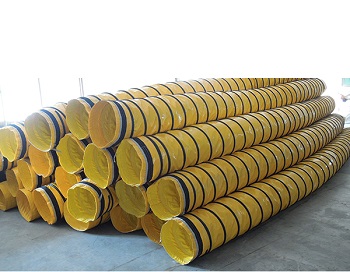 Where does the air-conditioning in the aircraft air conditioner come from?

Right now is the hottest dog days of the year, and the surface temperature of the apron may even be as high as seventy or eighty degrees, but passengers entering the cabin from the covered bridge can instantly enjoy the coolness brought by the cabin air conditioner. So where does the cold air from the aircraft air conditioner come from?

There are three main sources of air-conditioning in aircraft air conditioners:

1. During flight, the external cold air (at an altitude of 10,000 meters below -50 °C) is pressurized and heated by the compressor of the aircraft engine and then introduced into the air duct. At this time, the temperature of this part of the air will be as high as 150-250 °C. After the aircraft's air-conditioning system cools, this part of the air is mixed with the air in the cabin, and the mixed air is temperature-conditioned and entered into the cabin, providing a comfortable and pleasant cabin environment for passengers and crew.

2. The APU is located at the tail of the aircraft and is easy to identify. It also has a function of providing a high-pressure gas source to start the engine.

After the aircraft lands and taxis to the covered bridge, the engine will be turned off. If the bridge-mounted equipment is connected, the use time of the APU can be greatly reduced, and energy saving and emission reduction can be achieved.

The role of the APU is powerful, but its shortcomings are also obvious. First of all, the cost is high and it is not environmentally friendly. APU needs to consume fuel. The fuel consumption of different models of APU ranges from 150-500 liters per hour, and it emits a lot of exhaust gas, and its maintenance and replacement costs are also high. Secondly, the noise is loud and unhealthy. The APU will generate a lot of noise when it is working. The noise near the aircraft will reach 80-90 decibels or even higher. When the sound exceeds 85 decibels, it will make people feel uncomfortable. In addition, the effect is poor. APU is affected by power. In relatively hot weather, such as hot dog days, the cooling effect will be poor.

3. The GPU can provide a more comfortable cabin temperature for docked aircraft.

In order to solve the environmental protection and cost problems caused by the power supply of the APU, Air China actively uses the bridge-mounted device (GPU) to replace the APU, which is also the third main source of air-conditioning on the aircraft. The GPU mainly includes two parts: static variable power supply and ground air conditioning, which can provide power and air conditioning services for the aircraft parked on the bridge. In terms of cooling effect, GPU is significantly better than APU, which can provide passengers with a more comfortable cabin temperature. Especially in the current dog days, when passengers board the plane through the covered bridge, they will immediately feel the coolness of the cabin and start a comfortable journey.

Regardless of the source of air-conditioning, it will enter the cabin after being purified by the onboard high-efficiency air filtration system, providing safe, healthy and fresh air for the cabin.