You are here: Home / News / Product News / Main components and functions of aircraft

Main components and functions of aircraft

Aircraft are the most important aircraft at present. It is widely used in both military and national economy. This section briefly introduces the main components and functions of the aircraft, the basic methods of aircraft control, and the shape of the wing.

Main components and functions of aircraft

Since the appearance of aircraft in the world, although the structural form of aircraft has been continuously improved and the types of aircraft have been increasing, so far, except for a few special types of aircraft, most aircraft are composed of the following five main parts, namely: wings, fuselage, tail wings, takeoff and landing devices and power devices. Each of them has its own unique function.

The main function of wings is to generate lift to support aircraft flying in the air. It also plays a certain role in stability and manipulation. Ailerons and flaps are generally installed on the wings. The aileron can make the aircraft roll; Lowering the flaps increases the lift of the wing. In addition, engines, landing gears and fuel tanks can be installed on the wings. The wings have different shapes and numbers. In history, there have been biplane aircraft, and even multiple wing aircraft. But modern aircraft are generally monoplane.

The main function of the fuselage is to load passengers, passengers, weapons, goods and various equipment. It can also connect other parts of the aircraft, such as tail wings, wings and engines, into a whole. 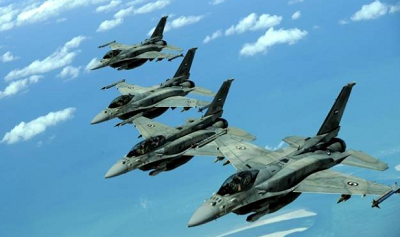 The power unit is mainly used to generate tension or thrust to make the aircraft move forward. Secondly, it can also provide power for electrical equipment on the aircraft and air supply for air conditioning equipment and other gas equipment.

There are four kinds of power devices widely used in modern aircraft: one is aviation piston engine with propeller propeller; Second, turbojet engine; The third is turboprop engine; The fourth is turbofan engine. With the development of aviation technology, rocket engines, ramjets, atomic energy aeroengines, etc. will also be gradually adopted. In addition to the engine, the power unit also includes a series of systems to ensure the normal operation of the engine, such as the fuel supply system.

In addition to the above five main parts, the aircraft is also equipped with various instruments, communication equipment, navigation equipment, safety equipment and other equipment according to the needs of flight control and task execution.

The pilot controls the steering wheel (or joystick) and pedals to deflect the elevator, aileron and rudder, enabling the aircraft to rotate in all directions.

Shape of the wing

When looking up at an airplane flying in the blue sky, the wing shape that reflects the characteristics of the airplane is called the plane shape of the wing. The plane shape of wing is an important factor to determine the performance of aircraft.

In early aircraft, the plane shape of the wings was mostly rectangular. The rectangular wing is simple to manufacture, but its resistance is large, so it is generally used for old aircraft and modern small aircraft. In order to meet the needs of increasing flight speed and solve the contradiction between resistance and flight speed, trapezoidal wings and elliptical wings were later manufactured.

Elliptical wing has the least drag (induced drag), but it is not widely used because of the complexity of manufacturing. Trapezoidal wing has less resistance and is simple to manufacture, so it is the most widely used wing for piston engine aircraft at present. With the emergence of jet aircraft, when the flight speed approaches or exceeds the speed of sound, new resistance (wave drag) will be generated. In order to reduce the wave drag, improve the flight speed and adapt to high-speed flight, swept wing, delta wing, S-shaped leading edge wing, double delta wing, variable swept wing and other wings have emerged one after another and are widely used.