The high-pressure hot bleed air generated in the aircraft air source system can be used by independent air conditioning components after the flow control is obtained. Aircraft Mixing Header. In the actual operation process, the cold air in the mixing header can be circulated and mixed with the air in the aircraft cabin. The cold air in the mixing header is mainly distributed to the cockpit, front and rear passenger cabin pipes through the air conditioning system. In addition, emergency ram air can enter through the entry door in the event of any failure of the air conditioning components, ensuring that the aircraft remains ventilated. In terms of air flow and aircraft area temperature adjustment, it is mainly realized by the air conditioning panel knob and temperature knob. The two-component controller responds to the air signal and air flow command, and adjusts the flow and temperature with the cooperation of the trim air valve. 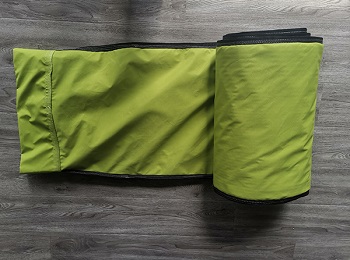 The aircraft passenger and cargo cabin pressurization system mainly adjusts and pressurizes the pressure in the cabin, so as to ensure that the passengers and crew on the plane can always be in a safe and comfortable cabin environment. CPC, namely the cabin pressure controller, controls the opening and closing of the outflow valve, and automatically adjusts the amount of air that needs to be discharged from the passenger and cargo compartment of the aircraft. In addition, there is a mode selection knob on the cabin pressure panel of the aircraft. If the automatic booster adjustment system fails to work properly, the manual mode can be turned on, and the manual vertical speed control switch can be used to open and close the outflow valve.

Electric control closing and air control closing will cause the flow control valve to close. In the maintenance of this component, analyze the air supply sufficiency of the aircraft and the temperature of the compressor. If it is insufficient or too high, operate and deal with it in time according to the technical manual. During maintenance, first remove the pressure line from the flow valve, check whether there is still air pressure upstream of the valve, and check the compressor line for leakage to find out the cause of the overheating of the line. In order to avoid air leakage due to poor installation during the valve removal operation, which will affect the difficulty of opening the valve, the entire sensor can be removed [4]. If the valve is still difficult to open after the above operations are completed, the cause of the failure is considered to be the venting circuit of the stepping motor, and the flow control valve needs to be replaced.

For the maintenance of the components of the ventilation system of the sensor and electronic equipment, the importance of the signal output should be considered, the parameters should be retrieved, the deviation value should be checked, and the investigation should be carried out one by one. In terms of relay maintenance, the air conditioning components are mainly closed by the left and right start relays. When maintaining them, strictly refer to the aircraft maintenance circuit manual, and use the method of measuring the line to identify potential failures, and follow the TSM manual during maintenance. In addition, for the air leakage detection loop in the air conditioning system, great attention should be paid to the maintenance. The maintenance method is mainly to disconnect the measurement at the nearest location, test the joint part, check the connection quality, and avoid leakage problems.