On January 10, 2015, when flight MU2036 (model Boeing 737-800) was launched at Kunming Changshui Airport after the ground was de-iced and ready to take off, passengers on board opened the emergency exits above the three wings, causing the flight to abandon takeoff. According to relevant news, it was snowing heavily at Kunming Airport at that time, and most flights were delayed. In order to ensure the safe take-off of the aircraft, the aircraft was pushed to the de-icing position for ground de-icing before take-off, and the air-conditioning system of the aircraft cockpit was turned off for about 30 minutes at the same time. During the process, some passengers reported physical discomfort, which caused conflicts between the passengers and the crew. In the end, the emotional passengers opened three of the four emergency exits above the wings, causing the plane to abandon takeoff.

Why does the aircraft cabin air conditioning system need to be turned off during ground deicing? 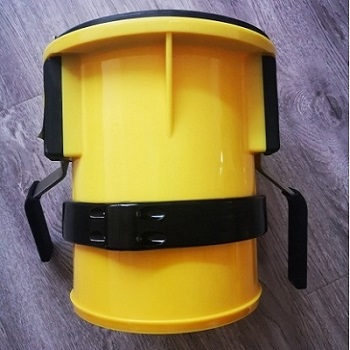 After the ground is de-iced, it is still necessary to run the engine and APU for more than 1 minute to ensure that the contamination of the de-icing fluid is removed before opening the power unit bleed valve to restore the cabin air-conditioning system.

Since there have been many aviation accidents caused by aircraft icing in the history of civil aviation, aircraft de-icing has become an important issue of common concern for airports and airlines.

In the period when the aircraft has just started to de-icing, hot water is often sprayed on the leading edge of the aircraft's wings and tail to de-icing, and the effect is very good. However, when the outside temperature is far below zero, the hot water will quickly re-freeze on the surface of the aircraft in a low-temperature environment. Only after taking off within three minutes after deicing with hot water, it can de-icing and anti-icing. , has great limitations.

The most widely used deicing method is to use a heated (greater than 80°C) mixed proportion of glycol deicing fluid to spray onto the typical surface of the aircraft to remove the ice layer and at the same time play the role of anti-icing, in one operation. Complete de-icing and anti-icing work.

For the anti-icing on the ground or in the air, each type of aircraft has a set of scientific and rigorous anti-icing procedures, which are clearly given in the Aircraft Flight Manual (AFM).

Depending on different operational requirements and local airport policies, de-icing with the engine at idle or off can be performed in the gate area, in a dedicated de-icing area, or slightly pushed away from the gate area. When de-icing is performed by de-icing personnel, the following general communication procedures apply to these different de-icing methods:

De-icer No. 1: (before de-icing begins) "Make sure the brakes are in place. Make sure the plane is ready to spray."