You are here: Home / News / Product News / What to do if the plane smells of gasoline?

What to do if the plane smells of gasoline?

Why does the aircraft cabin smell of gasoline?

During normal flight operations, there are several situations that can lead to the smell of gasoline in the cabin. 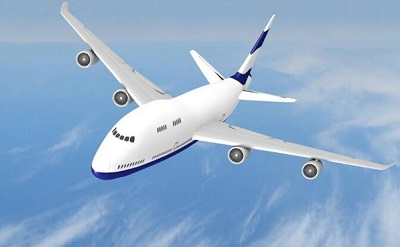 In addition, if you start the engine too rich (too much fuel is supplied to the combustion chamber), the fuel will not burn enough, resulting in black smoke from the tailpipe. After the engine is started, once the air conditioning system is turned on, the under-burned exhaust gas that has just been ejected will be sucked into the air conditioner and enter the passenger cabin.

Why does the plane smell bad?

In addition to the smell of gasoline in the cabin, some passengers report that they often smell a smell similar to detergent when flying in winter. what about this?

It turns out that the aircraft is often covered by ice, snow, frost and other pollutants during operation in winter. At this time, the lift of the aircraft is destroyed, the resistance is increased, and the performance is greatly reduced. Therefore, the aircraft is strictly prohibited to take off with ice, snow and frost. Before take-off, it is necessary to "take a shower" to clean the pollutants covered on the surface of the aircraft.

The odor similar to detergent that passengers smell comes from the "shower gel" used in the "bath" of the aircraft, which is called de-icing liquid in the industry. De-icing fluid is used to clean the ice, snow and frost attached to the surface of the fuselage, and anti-icing fluid is used to ensure that ice, snow and frost will not form again on the aircraft for a period of time.

For pilots, the smell of gasoline in the aircraft cabin or cockpit is a phenomenon to be aware of. If the aircraft fuel leaks, it is very easy to catch fire. However, the smell of gasoline or detergent that everyone usually smells when flying is generally caused by the above-mentioned situations, which is a normal phenomenon. Therefore, if you encounter a similar situation when you are flying, please do not panic, just report the situation to the onboard staff in time.