You are here: Home / News / Product News / Why do airplanes need to be frost-proof?

Why do airplanes need to be frost-proof?

Both rockets and aircraft are vehicles that fly in the sky. After a certain height from the ground, the aircraft will use air conditioners to control the temperature, so that the temperature in the cabin will not be particularly low; and the rocket needs to pass through the same height safely. Coat the outer surface with heat-resistant material to prevent it from being burned out. Why is this?

Jiang Ping from the Beijing Institute of Aerospace Systems Engineering, China Academy of Launch Vehicle Technology, told us the reason. It turns out that when rockets and airplanes fly in the sky, whether they need to be protected from freezing or heat is closely related to the Mach number they fly.

Jiang Ping said that during the flight of the rocket in the atmosphere, in order to break free from the gravity of the earth and fly to higher and farther space, it will continue to accelerate the flight, the speed from subsonic, supersonic to hypersonic, at an altitude of about 10 kilometers from the ground At , the Mach number even exceeds 5, and the temperature on the surface of the rocket is more than 1,000 degrees. As the rocket's speed increases, this temperature will continue to rise until it leaves the atmosphere.

At this stage, if there are not enough anti-heat insulation measures, the metal shell of the rocket will deform or even melt, and the circuit boards, components, and precision instruments inside the rocket will burn through and deform, resulting in the failure of the entire flight mission. 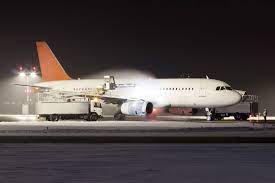 In fact, if the speed of the aircraft is also increased to supersonic speed, that is, the Mach number reaches about 10, it also needs to be protected from heat. The speed of the space shuttle is similar to that of a rocket, and the surface temperature can reach as high as 2000 degrees Celsius, so a thick layer of heat-proof tiles is also installed on the surface of the space shuttle to resist the high temperature.

Why is the temperature of the pre air conditioning so cold?

Many experienced passengers will bring their own thick clothes, or ask the flight attendants for aviation blankets when boarding the plane. And no matter which airline, it will set the temperature of the air conditioner very low, so what is the reason for the airline to adjust the temperature in the cabin so much?

And this is a common medical condition when people take a plane, especially during the ascent and descent of the plane. At this time, if the air pressure in the cabin is not adjusted accordingly, it is possible that the passengers may faint due to hypoxia due to insufficient pressure.

It cannot be denied that in order to ensure that everyone does not faint or faint, airlines may overcorrect when adjusting the temperature. At present, more and more airlines have achieved more accurate temperature adjustment through new technologies. In order to make themselves as comfortable as possible, when boarding a plane, it is better to bring an extra piece of clothing or an aviation blanket as soon as possible.