You are here: Home / News / Why PCA Unit is needed when AGPU is already there?

Why PCA Unit is needed when AGPU is already there? 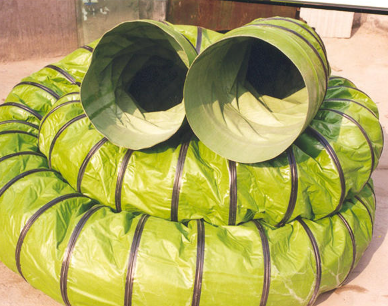 Types of Preconditioned Air (PCA) Units Based on Power Source

Pre-conditioned air (PCA) units are divided into two types according to the power source,

Engine-driven preconditioned air (PCA) units are powered by an internal combustion engine, usually a diesel engine.The engine drives a generator to generate electricity to power the HAVC refrigeration compressors of the PCA units.These devices are long-established routines used at airports. The more advanced technology in the engine-driven PCA unit is the direct drive technology, the engine directly drives the refrigeration compressor, and the generator is removed in the middle.

In addition to power supply, preconditioned air (PCA) units can be classified into three types according to the type of installation,

As the name suggests, bridge PCA units are mounted on jet bridges.They are suspended under a telescopic tunnel of the bridge with the aid of special mounting frames or brackets.Some configurations also allow the PCA unit to be mounted on the bridge instead of below it.Typically, bridge-mounted PCA units are electric PCA units. Engine-driven PCA units were not mounted under the bridge as they tended to generate more vibration,which was undesirable for the integrity of the jet bridge.

Fix the PCA unit to the ground if it is not installed under a bridge. Such PCA units are mounted on aircraft supports (ramps) and are usually electrically powered.The supply air reaches the aircraft from the PCA unit by any of the following means,

1. Underground piping leads to the utility pit system to deliver conditioned air from the PCA unit to the aircraft via piping installed in the apron trench.

2. Ducts or ducts installed under the jet bridge receive conditioned air from the PCA unit, run it the entire length of the jet bridge tunnel and terminate in a flexible hose connected to the aircraft.

The mobile PCA unit is a trolley mounted PCA unit that can be towed to any desired location or mounted on the chassis of a truck that can go anywhere. All components of these units are assembled on a platform mounted on a trolley or truck chassis with a tray for securing the PCA hose.

Space savings are also an important aspect when choosing the type of PCA unit to install on an aircraft stand, as the apron becomes a busy place during aircraft operations for various ground support operations.In this regard, bridge-mounted PCA units are preferred as they do not have any footprint on the ground. By freeing up space on the ramp, the space not occupied by the PCA unit can be used for movement of other ground support equipment.Freeing up space is important not only from an operational efficiency perspective, but also from a safety perspective. The more people and machines on a ramp, the greater the chance of an accident. By making ramps cleaner, ramp operations are also made safer.A fixed ground PCA unit can also be beneficial in this area if used with a utility pit system. The utility pit system allows the PCA hose to be ejected from the ground near the aircraft, rather than laying on a ramp where vehicles could accidentally run it over.Mobile PCA units are least efficient in this area as they must be towed by tractor to the apron and towed away from the apron when the flight takes off, creating the greatest movement. Also, they remain close to the aircraft, increasing crowds and vehicles on the tarmac.