What is an environmental control system of pre air conditioning?

Why do aircraft need to use environmental control systems in the sky to control environmental variables such as temperature, pressure and humidity? This is determined by the nature of the atmosphere. 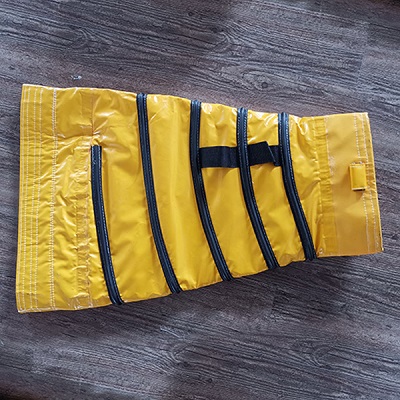 Similarly, the human body and airborne equipment also have certain requirements for environmental-related physical quantities such as pressure, humidity, and oxygen content. The pressure, humidity, and oxygen content cannot be too large or too small, and they need to be within a suitable range. . The environmental control system uses different methods to control these variables in a suitable range in different areas according to different control requirements, so as to achieve a good environmental state between man and machine.

For some time since the Wright Brothers built the first airplane in 1903, the cockpits used on airplanes were open, with no environmental controls.

With the improvement of the structure and performance of the aircraft, the flight altitude is getting higher and higher, and at the same time, accompanied by the danger of low temperature, low air pressure and hypoxia at high altitude, life support requires the cockpit to be changed to an airtight cockpit, and then the environmental control system should be used. Instead, the aforementioned variables related to environmental parameters are controlled to ensure the normal operation of humans and airborne equipment.

Why is there personal ventilation on an airplane? Since the aircraft space itself is relatively confined, it is very important to maintain relative air circulation in this case. However, passengers feel different wind speeds under different air supply temperatures. For example, in summer, passengers feel that it is very pleasant to blow some wind; but in winter, it will feel cold. The human body's feeling can be improved by the local airflow direction and size, taking into account the majority of passengers while addressing the individual needs, so there is a personal vent on the top of each occupant's head, which can be manually controlled to change the direction of airflow and size, to achieve the purpose of improving the comfort of the local environment.