You are here: Home / News / Product News / How can planes create clean air under the epidemic?

How can planes create clean air under the epidemic?

Unlike bacteria that have a complete cell structure and can divide themselves, viruses need to invade the interior of the nucleus and complete their own proliferation with the help of the host cell's transcribed proteins.

The invasion process is not smooth. After passing through the first barrier composed of skin and mucous membranes, the virus needs to encounter specific cells that it can infect. In the process of entering and exiting the cell membrane, macromolecules need a key to open the cell membrane. The key of this coronavirus can only open the type II lung cells that express the ACE2 receptor and cause lung inflammation. Like the famous HIV, It can only infect cells of the human immune system. Most of the virus exists in the blood and cannot be transmitted through air droplets.

After successfully entering the cell, the virus that is still enveloped by the cell membrane needs to be re-examined by the endosome before it can fully enter the cell fluid. The virus that has survived this round of examination has just begun to embark on its own journey to the nucleus. Unfortunately (fortunately for humans), viruses without a power source need to transport themselves with the help of motor proteins in the body. However, it is all luck that viruses find motor proteins. Only a few can get power and enter the nucleus smoothly and start their own proliferation. . The latter process is relatively smooth. The virus that has hijacked the nucleus will control the cell to replicate itself with all its strength, and eventually break the cell and spread to the surrounding area, gradually causing normal tissue to lose its function. 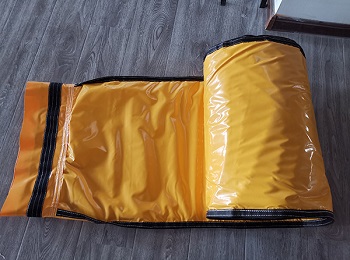 Before the cells die, they will release signals for the white blood cells in the body to engulf themselves. The immune system that finds abnormally dead cells quickly increases the number of white blood cells and accelerates blood circulation. A large number of white blood cells from the wind will engulf the virus in large numbers, and even attack the normal cells near the infected virus cells indiscriminately. At this point the body begins to show fever, cough, and inflammation of the infected area. If autoimmunity is strong enough, the body can produce antibodies before organs fail, or eliminate the virus before it spreads, and return to normal.

How does an airplane ensure air quality?

The bleed air from the low-pressure compressor of the engine is decompressed by the pressure regulator and cooled by the pre-cooling air valve, and then enters the air supply main pipe at 35psi (2.4 atmospheres) and 220 degrees Celsius, and flows through the engine hanger, the leading edge of the large wing, and the front wall of the wheel well. After the board enters two air conditioning components located in the belly of the aircraft.

Here, it goes through the primary heat exchanger to cool down >>> ACM (Air Cycle Machine) compressor pressurizes and heats up >>> the secondary heat exchanger further cools down >>> the condenser reduces the air humidity >>> the regenerator melts the ice crystals >>>After the ACM turbine expands and cools down again, it is adjusted to a stable dry air above 0° and enters the mixing main pipe.

According to the order of the cockpit, it is mixed with the unregulated bleed air in the air supply main pipe and the air recovered from the passenger cabin (emphasis added) to form a clean air between 18°-30° and a humidity of 12%-20%. Here, in addition to the air recovered from the cabin, the other two gases are completely sterile fresh air that comes from the high temperature and high pressure environment of the engine's compressor.

Then, along with the dense air supply pipes, it is sent to each seat from the independent air supply port above the seat, forming an annular airflow with the air outlet located at the top of the cabin to accelerate the air flow in the cabin (in some large aircraft, such as The independent air outlet is cancelled on the A380, but the air supply pipe has not been cut, but is hidden on the side wall and on both sides of the luggage rack). Finally, it is collected into the recovery line by the exhaust port located under the seat. After heating the cargo compartment, about half of the exhaust gas is discharged to the outside of the aircraft through the overflow valve, and the rest is filtered by a HEPA (High-Efficiency Particulate Air) filter and returned to the mixing header again. In this cycle mode, the aircraft's two air conditioning units have the ability to replace the entire cabin air every 3 minutes.

What is the filtration capacity of the aircraft HEPA filter?

The main material of the HEPA filter is not substantially different from that of the mask. Both high-density polypropylene fibers intercept fine particles through a three-dimensional cross arrangement. However, the HEAP filter is compounded with a polyester resin filter layer on this basis to increase the strength and stack. The glass fiber increases the adsorption of particles below 0.1 microns in diameter, which is thicker and denser than the mask, and the folded structure also has a larger filtering area. When you disassemble the air purifier you bought during smog, the square or barrel-shaped filter inside is the HEPA filter.

After the virus-rich droplets are intercepted by the filter, the rapidly drying droplets lose moisture and form a droplet nucleus with a diameter of more than 0.7 microns. Epithelial protein wraps the virus's droplet nucleus, but there may still be very few viruses that escape from the filter. Returning to the air, although the number and infectivity of the virus in the air alone are far less than before, it is not clear how long the virus can lose its ability to infect after leaving the human body, and the repeated use of masks should be avoided as much as possible. For the HEPA filter of the aircraft, the size of the 2019nCov virus is about 100 nanometers. Even if it is a free virus, the filter still filters more than 99% of it. In addition, the ability of the air conditioning unit to replace the cabin air every three minutes is a strong safeguard against infection.